Laying among a pile of textiles excavated in an ancient Egyptian cemetery was what researchers called, “exceptional.”

The nearly 5,000-year-old linen shirt, known as a “Tarkhan Dress,” was almost overlooked. In fact, archaeologists excavated the garment in 1913, but it wasn’t until 1977 that during conservation and cleaning work, curators at the Victoria and Albert Museum in London discovered what lay before them.

With fine details like tailored sleeves and a V-neck design, it was clear a highly specialized craftsperson in an ancient civilization had created this garment. But to narrow down which ancient civilization, researchers needed more scientific proof.

Because fine linen textiles are made from flax fibers that are grown in just a few months, they are a good candidate for radiocarbon dating.

In this case, researchers confirmed that the shirt was constructed sometime between 3482 and 3102 BC, around the First Dynasty, making it the world’s oldest dress.

Today, ancient linens are still revered for their luxurious look and feel. This highly sought-after textile is widely used in the construction of products like table decor, window treatments, slipcovers and upholstery due to its durability, breathability, and low maintenance requirements.

Below we’ll explore the rich history this ancient linen offers, as well as how today’s linen production creates luxurious home textiles that are as coveted today as much as they were nearly 5,000 years ago. 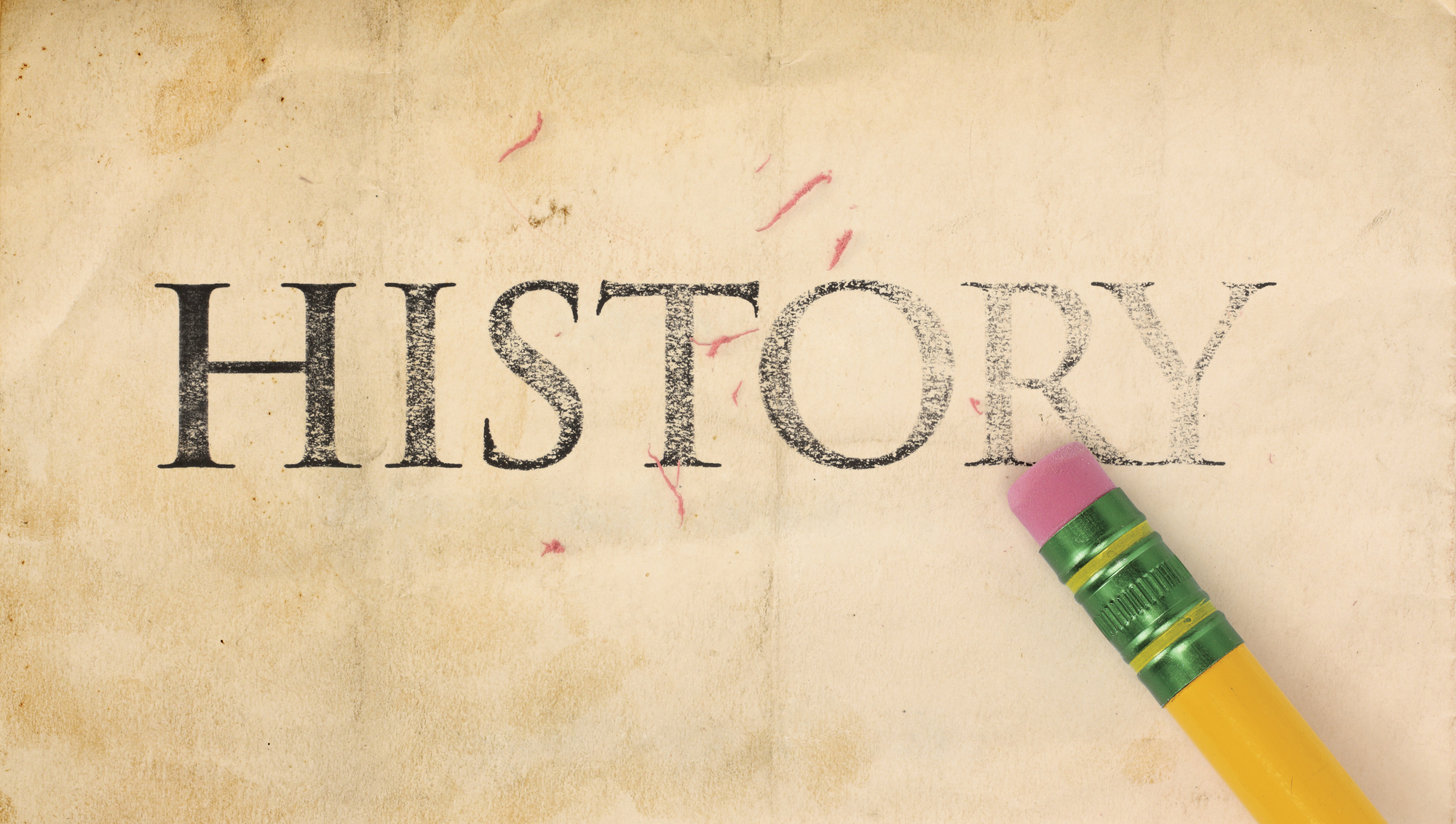 Grown in cooler climates throughout Europe like the north of France, the Netherlands and Belgium, flax is used to construct one of the most coveted textiles today.

But this modern-day linen is anything but new. In fact, this ancient linen dates back thousands of years and is one of the oldest crops that civilizations have cultivated.

Perhaps one of the most famous uses of linen is the Shroud of Turin, a centuries-old piece of linen cloth that millions believe was used to wrap the crucified body of Jesus of Nazareth. Researchers have studied the cloth, which bears the image of a crucified man, over the course of thousands of hours, making it the single most studied artifact in history.

In ancient Egypt, linen was used during the mummification process to wrap the bodies of those who had died. In the country of Georgia, archaeologists discovered flax fibers that they estimated to be more than 30,000 years old. The fibers had been dyed bright colors.

And in ancient Mesopotamia, linen was an elite fabric, reserved for those who were considered to be of higher class. By around 3000 BC, historians say the Mesopotamian culture had domesticated the flax plant because it was relatively easy to take the flax plant’s stem fibers and spin them into yarn. That yarn was then used to create a variety of products, from clothing to rope.

There is also written evidence of the use of linen found on Linear B tablets from Pylos, Greece. The Mycenaean Greeks used these writing tablets as documentation, and the oldest of these discovered tablets date back to 1450 BC.

A Look At Linen Production Today

Over the span of several generations, linen production has remained largely the same. However, technological advances have sped up how flax fibers are extracted and woven, allowing for linen production on a greater scale.

Step 1: Flax is planted in a cool climate. Many farms today use grain drills to quickly and efficiently plant flax in narrow rows. After approximately 100 days, the plant is harvested.

Step 2: Fibers are separated. The leaves and seeds of the plant are removed, as well as the flax fibers located inside the dried stems. This process begins with what is called “retting” where the flax is placed in water before being taken out to dry. This is the more environmentally-friendly approach, though some have taken advantage of modern-day chemical retting methods that are faster but can damage the fibers themselves.

Step 3: Flax fibers are further loosened through a process called “scutching” where the woody part of the stalk is crushed. Several generations ago, this was done using a long wooden blade. Today, advanced technology crushes the stalk using metal rollers.

Step 4: Fibers are removed and other parts of the plant are set aside for additional purposes such as making paper. This enhances the sustainability of the process.

Step 5: Natural fibers are then “heckled.” This process separates the short fibers using a combing technique, which leaves behind the long flax fibers.

Step 6: The fibers are then spun into yarn before they are woven into a textile product. In the past, this spinning and weaving process was often done by hand or using antique weaving machines. Today, high-tech machinery makes this process much smoother and quicker, allowing for greater production of textiles.

Why Linen Is Still Coveted Today 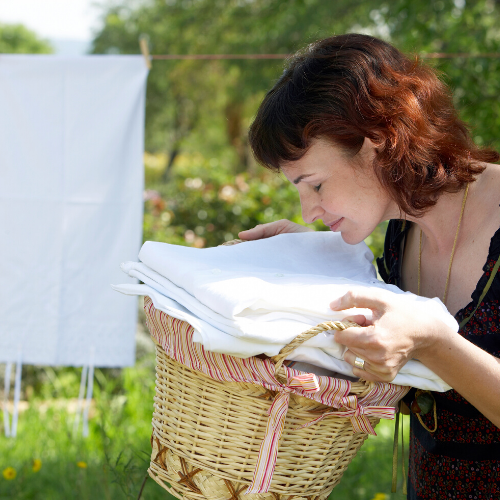 Linen may have a history dating back thousands of years, but it is still widely used today.

There's a good reason. Not only is linen one of the most sustainable fabrics available, it is also one of the easiest fabrics to care for and is attractive to anyone looking for material that is breathable, moisture-resistant and luxurious.

Here are just a few of the reasons why ancient linens are still coveted today:

Linen Offers Many Highly-Sought After Features

Flax fibers are very strong, up to three times stronger than cotton, due to their crystalline structure. This ensures products enjoy long lives thanks to the strength and durability that flax fibers provide.

The cellulose-based fibers of a flax plant are hypoallergenic, moisture-resistant and breathable. Linen can also absorb up to 20% of dampness before the fabric begins to feel wet.

Because flax is naturally hypoallergenic, linen is a great fabric choice for anyone who may suffer from allergies or have sensitive skin.

Whether a climate is hot or cold, linen is the perfect choice for upholstery, bedding and slipcovers since it keeps you cool in the summer and warm in the winter.

Another benefit is linen’s ability to age well. While most fabrics begin to show wear and tear and lose some of their comforts, linen actually gets softer and retains its durability as it ages … even after cleaning the fabric multiple times.

Linen Is A Sustainable Choice

One of the biggest reasons why linen is still popular today is because of its sustainability. In fact, it’s one of the most sustainable textiles in the marketplace.

This is due to how it is grown as well as what happens when the fabric is finally disposed of. When farmers grow flax, they use very little water. Therefore, there is no need for irrigation or fertilization during the growing process.

There is little to no need for the use of pesticides, herbicides or fungicides as well.

As mentioned above, after flax fibers are removed, other parts of the plant are set aside for additional uses, such as making paper, producing oil or providing seeds for eating..

Even when a product is no longer needed or wanted, linen is biodegradable.

Linen Is Easy To Care For

There may not be a better combination than a fabric that is easy to care for and luxurious.

Linen can be cleaned and dried in an individual’s washing machine and dryer, though can be hand-washed or dry-cleaned if desired.

While washing linens is fairly straightforward, it is important to never use hot water nor twist the fabric or scrub it, since this can shrink or damage the fibers. Bleaching and drying on high heat is not recommended as well. Instead, dry linens on low heat and remove while they are still somewhat damp.

Although linen requires little maintenance, high-trafficked areas do need some level of regular maintenance to retain the fabric’s fresh feel.

For thousands of years, people across the globe have fallen in love with linen. Considering the many benefits that fine linens offer, it’s no surprise that this textile has stayed relevant across many generations.

If you’re looking for a linen supplier to provide you with access to this timeless fabric at the right price and in a timely manner, we can help. Our article, What To Look For In A Linen Supplier, explains what to look for so you can feel confident you have the right partner for your project.